Where To Start With Microservices

Microservices can be confusing. If an IT team is starting to develop an application that can scale, it is likely that they are probably neck-deep in research and have decided that microservices architecture is going to be the answer.

In some ways, it is almost always the answer, as microservices architecture is one of the best ways to scale without limits. However, this doesn’t mean that it won’t be confusing. In fact, there are some questions that teams have before they even start the development process. Namely, what is a microservice? What happens if a microservice crashes?

To start, microservices is a somewhat vague term that points to smaller, independent services which, when added together, form an application. Microservices can be broken down into different dependency levels: tech, component, repository, and functional. They can also be broken down into smaller nodes of activity that are interrelated. By disconnecting functions, microservices architecture ensures that when one component breaks, the entire system doesn’t go down. While there are some things that won’t work as expected or won’t look correct, end-users will still have some functionality.

Microservices: Why Enterprises Need Them

Microservices allow for fewer compromises in the tech stack. Choosing a tech stack is notoriously difficult and needs to take into account the skills of the team, scalability, maintenance, and more. However, usually what is perfect for one portion of the app isn’t necessarily the best solution for another.

With microservices, a small team with limited overall knowledge, but deep knowledge in specific areas, can be just as effective as bigger teams with deep knowledge in all areas. In essence, each microservice needs to do one thing and do it well. Microservices should be designed to do one specific, measurable task, that is tested to handle all the possible cases. The next step would be to fit these services together to form a robust and flexible application. 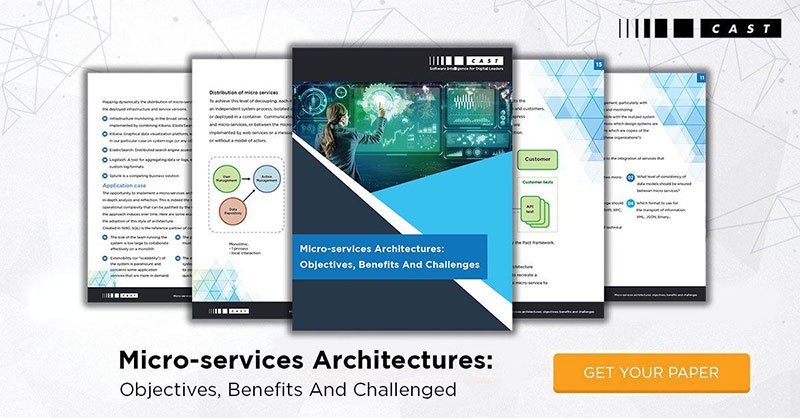 The best place to start with microservices is using simple, customer-facing mobile or web apps. These are the apps that are the simplest to build and edit. They also tend to be the best for testing and finding any problems. When developers notice a problem on mobile or web, the fix is almost always intuitive and requires little rework.

The most important reason to start with the simplest of microservices is because the team will be able to test it repeatedly in different amounts of traffic and determine if changes are necessary and where there is the most impact on functionality.

To understand how the architecture of any size or scale is constructed, map it out. This process, called Software Blueprinting,  can take some time, but it is important to map it out as comprehensively as possible.

For companies that take a brown-field approach, many legacy systems have different languages and over 30 years of code to wade through. This process might seem daunting and can put the project on the backburner indefinitely - but with CAST’s capabilities, it doesn’t have to be so.  CAST has the only tool (CAST Imaging) on the market that can output all of the information into one organized scan that is easy to read and even easier to implement.

Once the entire blueprint for the software architecture has been created, it is time to make changes. Teams are still hesitant to make any significant changes or switches because it is so difficult to determine what the changes will impact. Pulling a system apart piece by piece requires confidence in the blueprint (1) and that doing so will not break the entire system (2). Thanks to the clear reporting found in CAST’s Imaging System, engineers and architects will not only have more confidence to move forward but also they will be able to move quickly and efficiently to break down systems. CAST has helped a number of big legacy monolith systems with software intelligence to see what their blueprints look like at any given time.

Executing microservices is a process that is inherently complicated and time-consuming, but with the right tools, it doesn’t have to be a task that is overwhelming. CAST enables accuracy and consistency when updating the software to include microservices and when building microservices frameworks from scratch.

Schedule a free demo with a CAST expert to understand how you could leverage CAST Imaging for executing Microservices architecture in your environment.

You can also get a first-hand experience and complimentary access to CAST Imaging by clicking here.