After a decade in the age of Industry 4.0, CIO’s role moves from being purely technological operators to being key drivers in the company's digital transformation. According to Forrester Research's data-sf-ec-immutable="" CIO predictions 2020 report, "CIOs will get a chance to step forward as business leaders, further developing their tech-driven innovation, people management, and ecosystem-building skills."

A few weeks back, CAST organized its 11th Matinée CIO conference in Paris, an event that has become a must for digital leaders and IT professionals from all sectors across the French economy and that has provided them a platform to share new ideas and concepts. This year it welcomed an impressive set of CIOs and IT Leaders that included:

More than 180 people came to attend presentations on the evolving role of the CIO and to contemplate who is the CIO 5.0 and how digital transformation has ushered the emergence of CIO 5.0.

The Challenges of the CIO 5.0

The role of the CIO must constantly evolve. And to be able to evolve, the CIO must not be afraid to try new things and innovate.

Gone are the days when CIOs are troubleshooters who put out technical fires.  Modern CIOs are  enablers and "have exciting discussions on value, experience, and deployment.”  They can and have to create links between business, finance, and IT, and participate in the global vision of how the enterprise operates.

For Philippe Boulanger, the CIO 5.0 must be a “servant entrepreneur”, which is by definition someone who always places services above profit strategies.

"It is the ability to take risks, to have convictions and to carry them out over time," explained Christophe Leray. CIO 5.0 must be able to influence general management, and, therefore, have a real role as a communicator. She or he must be able to make proposals and be proactive on requests that have not yet been imagined by the business.

In his presentation, Guillaume Charly, Partner and CTO at Deloitte, focused on how to enhance the value of the information system throughout the digital transformation process.  According to him, the perceived value of IS depends on the people to whom it is addressed, and the CIO has always had to demonstrate its value, whether be it to the internal stakeholders or external.

Today it is impossible to ask for 18 or 24 months to deliver a new application or technology because the first value that the CIO brings is his ability to go fast and respond to the need when it is expressed.

CIO 5.0 leads digital transformation with a cross-functional role between general management, the business line, finance and IT. But, he must remain conscious of the many obstacles in this race for transformation.

For example, legacy systems a common theme during the Matinee, was framed as not only old mainframe applications, but also development teams, and suppliers. The role of the new CIO is to facilitate and encourage all of them to evolve.

While technology often takes center stage during these transformations, the main issue is actually human.  The question Christophe Leray asks is "How can one change organizations that have been successful for decades; that have a certain way of working but need to shift?”

One of the solutions offered by Jean-Christophe Lalanne is to measure user satisfaction, keep in touch with them, and improve what can be done.Then, leverage user needs and demands to drive change from the outside in.

Security is major concern for all boards of directors and senior management.  It is in IT’s best interest to communicate best practices and strategy on this highly complex subject.

“Detecting vulnerabilities in the code and patch management that goes with it must become an industrial process," according to Jean-Christophe Lalanne.

It is also important to check what comes from external providers, as some of the biggest security risks come from suppliers and from open source components. "The CIO 5.0 may not know everything about cybersecurity and cyber resiliency, but it's his duty to learn," said Lalanne. 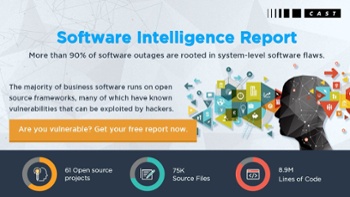 Further, Lalanne continued to talk about data. Data is an extraordinary challenge in terms of governance, but also in terms of cross-functionality. While it’s a key strategic initiative for many CIOs to remove data siloes by exposing the data to the outside, they must continue to safe guard data privacy

While the CIO 5.0 must continuously reduce costs, she or he must also invest in innovation if he is to remain competitive. The new CIO faces a real challenge between stability and risk-taking.

Laurent Kocher announced that, "we need CIOs who are in the exploration business", and the CIO "must move beyond her or his traditional role in technology while understanding the business issues. By going further into users’ experiences, she or he can do different things." But in this new role, how does the new CIO find a balance between execution and exploration.

Managing innovation in a company requires offering its employees favorable environments, and putting people back at the heart of the IT department.

New organizations are being set up with the creation of smaller, more agile teams, or "DevOps", with closer proximity between developers and operations managers. The aim is to experiment with new ways of working faster and new development schemes. The CIO needs to attract talent and make them want to stay.

5. Collaborate: Be the Most Valuable Board Member

In the last decade, the CIO, with his or her knowledge and vision of the business, has demonstrated what he or she can bring to both the company's customers and the company's operations.

Today, in the digital age, CIO are being invited to hold the important role of a member of the board. It is perfectly legitimate for the CIO to participate in company decisions alongside management. But can she or he become the future General Manager?

"If the CIO, from technology can build a vision of the company, its markets, its future differentiation and how to get there, it's possible," concludes Laurent Kocher. For Philippe Boulanger, he is on the steps to become the next General Manager.

At the same time "servant leader", future CEO, and explorer, with one foot in business and the other in IT, the CIO 5.0 must take up new challenges: working as a team, transforming the company, and above all putting people back at the heart of the business.

At the end of the day, whether a CIO 5.0 needs to be an enabler, change agent, or collaborator, s/he needs trustworthy information.  When it comes to software, data tends to be quite opaque.  Some CIOs have opted to leverage Software Intelligence to provide a more objective lens while determining how to improve, modernize, and transform enterprise applications.  Greater objectivity benefits not only the CIO, but then entire organization to bring software conversations on the same page, and drive more informed decisions. 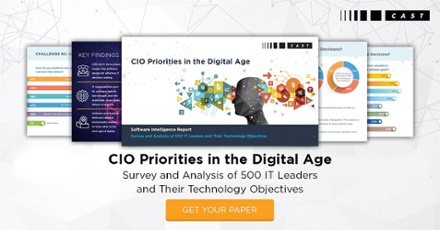 CAST Highlight outputs include a detailed list of cloud migration blockers organized by technology, impact, criticality, location, and the estimated effort to remediate. This automated and objective assessment approach enabled the CIO and CTO to make migration decisions with confidence.
Case Study

Gaëlle Molle
Gaelle is a Software Intelligence evangelist and Field Marketer at CAST for over 12 years. You can find her organizing CIO events and thought leadership webinars driving awareness around some of the hot technology and Software Intelligence topics.
More Posts from Gaëlle >>
Write a review Average rating:
()
★
Newest on top Oldest on top
Load more reviews
Thank you for the review! Your review must be approved first